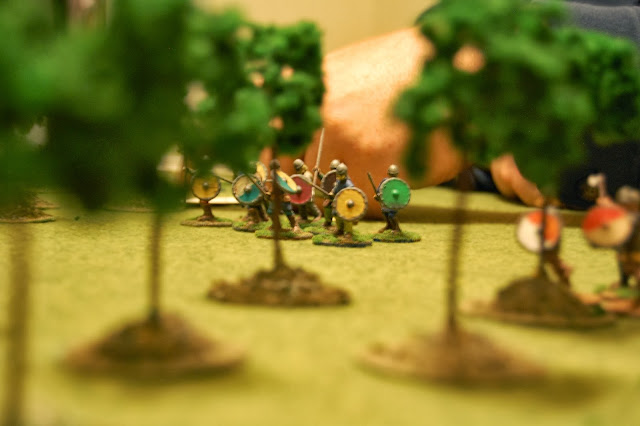 We ran two playtests of the Dark Ages skirmish game 'SAGA' the other weekend.  I played an Anglo-Danes warband and Gabe played a viking one.  I won both games, including a flawless first game where not one Anglo-Dane figure was lost.  Frankly my opponent did me a lot of favors by deploying his forces spread out and then having a solitary unit rush forward on its own with no support. 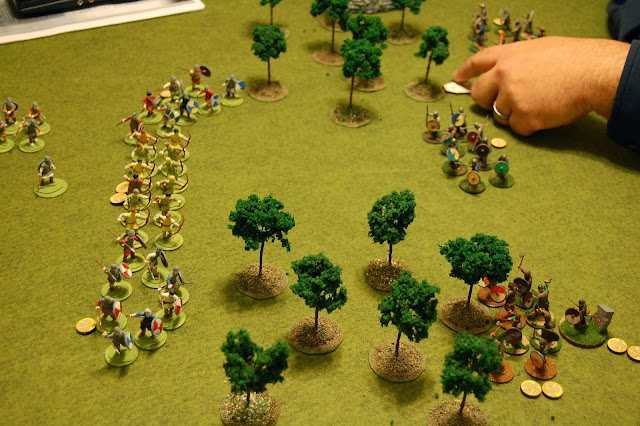 My only pregame strategy, which seemed successful, was I figured to take the learned Charles Grant's advice (something to the effect that if you play to the period, you will be rewarded) to heart, and do my best to replicate a shieldwall.  So, in both games I deployed my little dudes in a solid block - archers in the middle, flanked closely on each side by warriors, with my warlord and elite Hearthguard in reserve (see above photo). 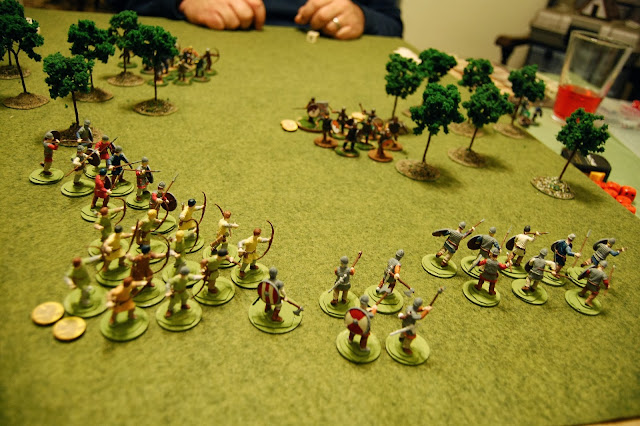 It certainly paid off, as it allowed units to support each other quickly, and also allowed a bit more use of the higher-end special abilities since I did not have to use as many of my activation dice on movement.  On the other hand, the formation wasn't really tested - all it had to do was defeat one viking unit at a time (the solitary forward rush mentioned above).  Next time perhaps we will see if it can hold up to a more coordinated attack involving two or more units closing for melee in the same turn.
Posted by Portland Little Wars at 11:19 AM No comments: