Another round of Pike & Shotte with both of us applying lessons learned (sort of).

Both royalist and parliament forces deployed in fairly dense lines, which follows historical practice.  After two games of this is has become clear that you cannot rely on commanders to execute plans of any complexity or subtlety, much less any 'grand strategies.'  Your best bet is to line 'em up and do your best to corral the whole lot forward a bit.  Even with this mind,  however, I could not resist deploying the Royalist cavalry on my left to attempt a flanking maneuver through the woods.  I anchored the right flank against the river which I felt would protect it enough from the opposite numerous Parliament cavalry. 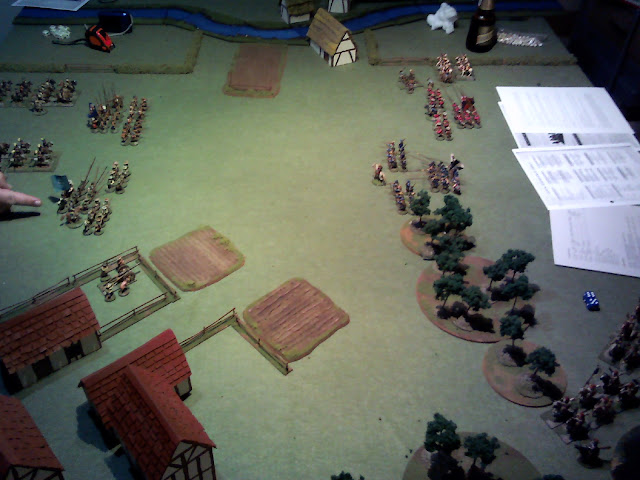 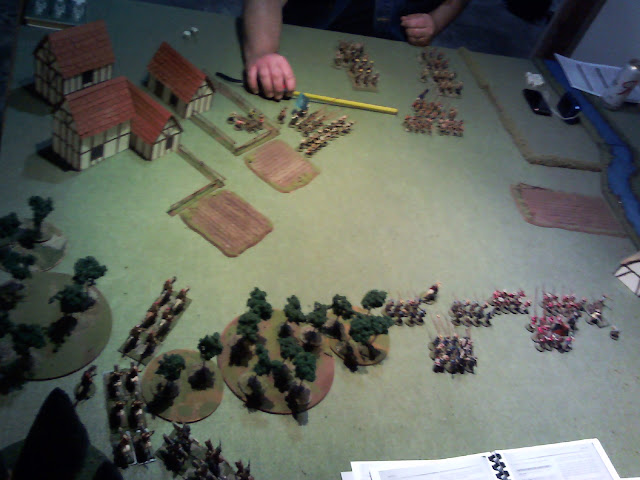 Things chugged along. My flanking maneuver, to the surprise of no one, was unbelievably slow. We finally remembered to use the first fire rule (add one dice to shooting total).  Gabe wasted no time having Parliament infantry blast away at the Royalists once in range.  I had the Royalists hold their fire, hoping to concentrate multiple first volleys at a single target for devastating effect, which did not pay dividends. 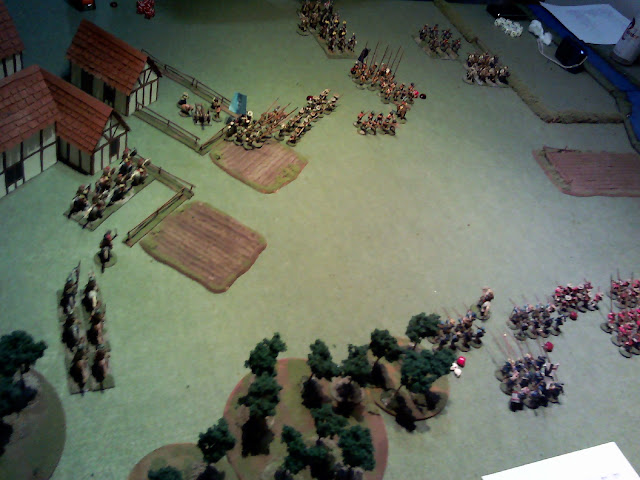 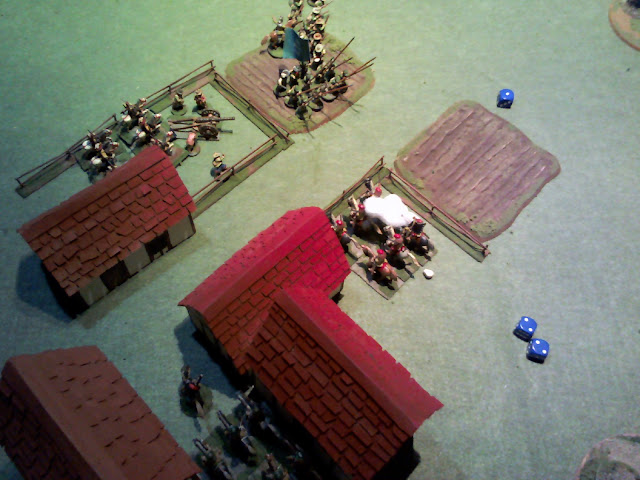 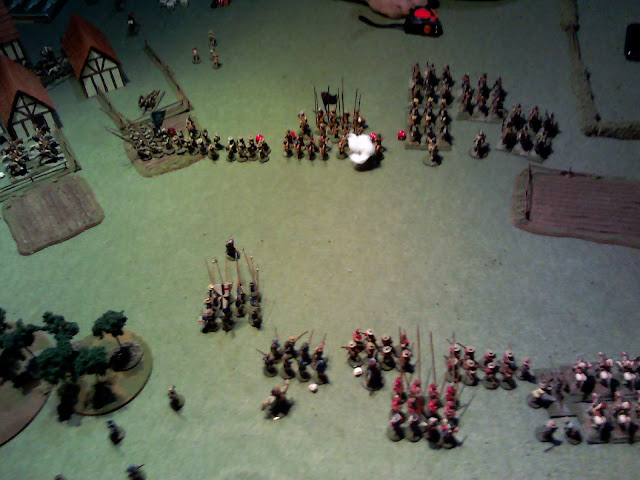 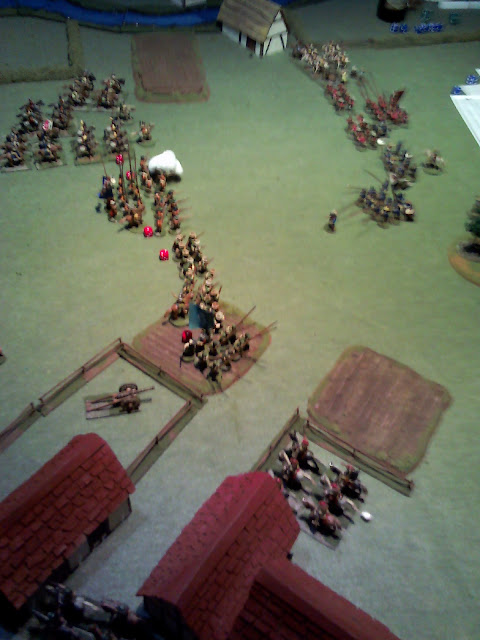 Posted by Portland Little Wars at 6:59 AM No comments: Links to this post

Posted by Portland Little Wars at 6:55 AM No comments: Links to this post