For a long time now I had promised to combine my 28mm collection of ECW figs with Alyssa's and host a big battle.  I finally fulfilled that promise and hosted an big Pikeman's Lament English Civil War game last weekend for many of my fellow Portland historical gamers.  Alyssa and Andy brought their figures, and although Gabe could not make it, he lent me four units of horse as well (my math says we had in excess of 450 figures on the board at the start of the game). 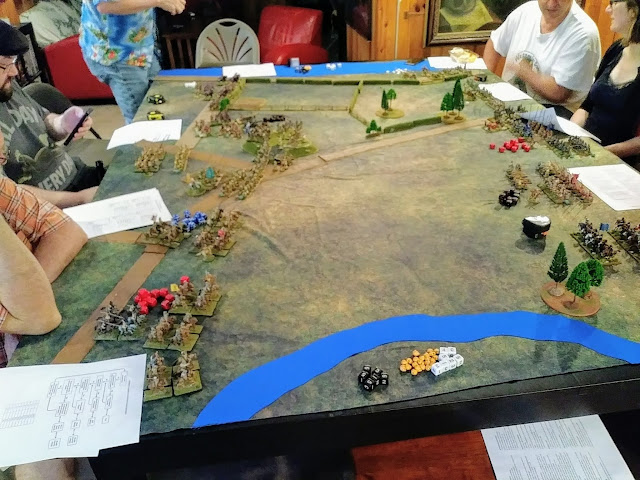 (Above: starting positions - Parliament on right and Royalists on left)

At first I was planning on running Edgehill, since that's a sort of simple "both sides lined up opposite each other and have at it" kind of battle.  But upon closer examination of the armies at Edgehill, I felt our collections didn't match that battle very well. I went browsed around for another and settled on First Newbury in 1643, which not only fit our collections better but also had an interesting but easy-to-replicate map. 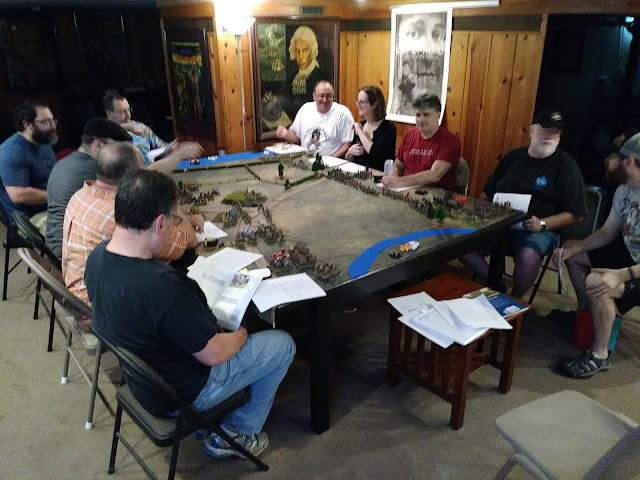 (Above: the ten starting players - an eleventh showed up a shortly after things were under way)

Although eleven (!) players showed up almost all of them had previously played in one of my Pikeman's Lament/Lion Rampant games so everyone just dove in and there was very little for me to do other than enjoy watching.  The Parliamentarian right players concocted a plan to deal with the Royalist charge of gallopers led by Prince Rupert, and they destroyed the entire Royalist left while keeping quite a bit of their own horse and foot intact. 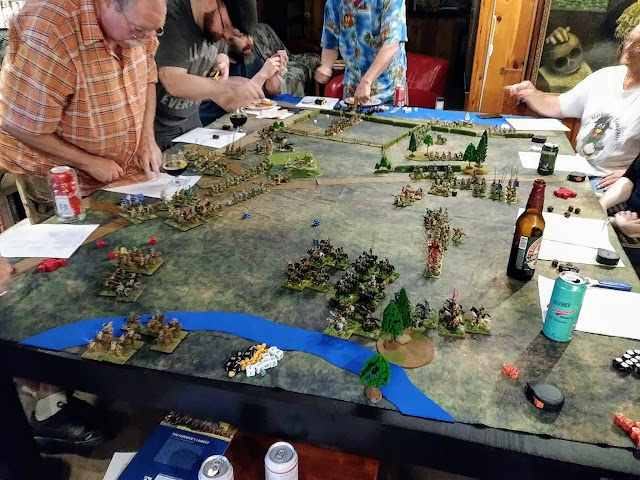 (Above: at the bottom center the Royalist cavalry can be seen charging forward)

However, the Royalists had gathered a "grand battery" of cannon in the center-left which whittled down the Parliament center the entire game.  And finally, on the Parliament extreme left, an officer (probably Fontesque) was subject to a "lucky blow" in combat and killed in battle, causing that entire flank to fall back. 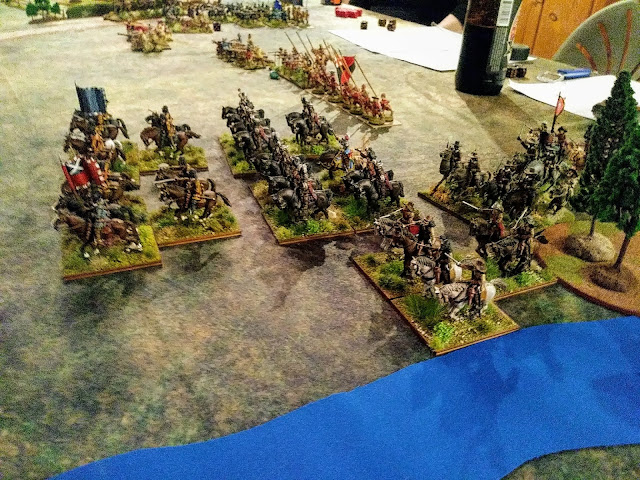 The game victory condition was the usual simple "first side to lose half their units loses" and the Royalists squeaked it out even though their overall situation was pretty dicey given the annihilation of their left and a rather thin center line. 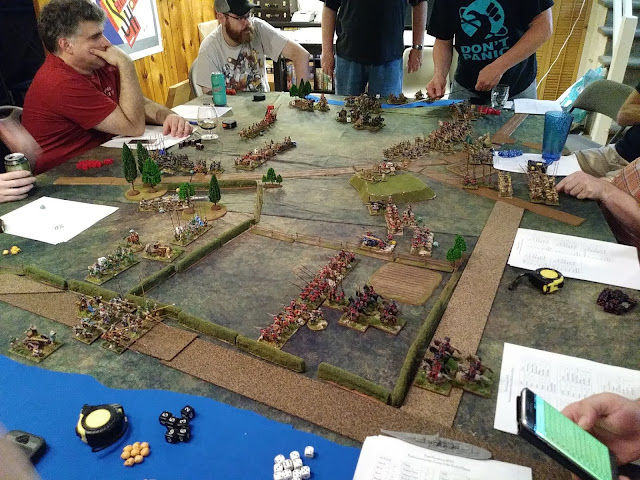 (Above: view from other side of table, where the infantry fight is going on)

The Portland wargaming community that has developed nicely in the last few years and is really quite delightful.  When I run Pikeman's Lament multiplayer games I like to designate one player on each side as "commander in chief" – a fancy title for the simple job of being the player who declares that their side's turn in over and that the other side may proceed.  Since this was First Newbury the Royalist CinC was King Charles (Andrew) and Parliament's was Jeff (Earl of Essex).  As is somewhat evitable I suppose, the concept of "the King" being at the table led to a lot of banter and trash talking which at one point carried one long enough that the players forgot whose turn it was!
Posted by Portland Little Wars at 12:05 PM 3 comments: Links to this post