Pete really wanted to try and adapt Lion Rampant to the Napoleonic setting.  I am particularly fond of his great collection of Napoleonic French and British armies so when he offered to bring those over on a Sunday afternoon, I was all for it!  Pete drafted up some rules/notes, sent them over to me, and I did the same.  We did our best to synthesize the results and then tried them out on the table. 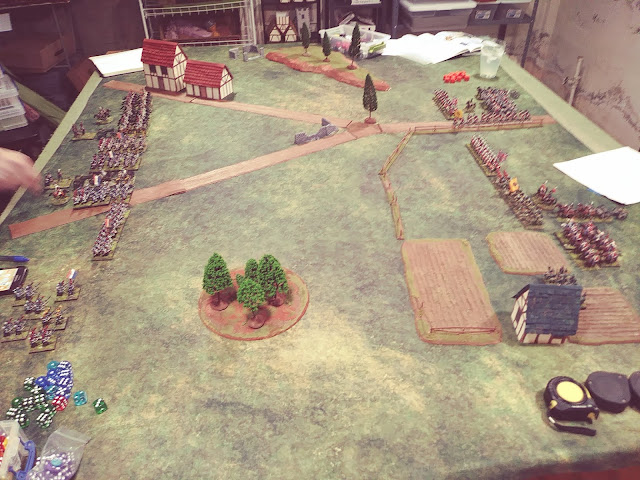 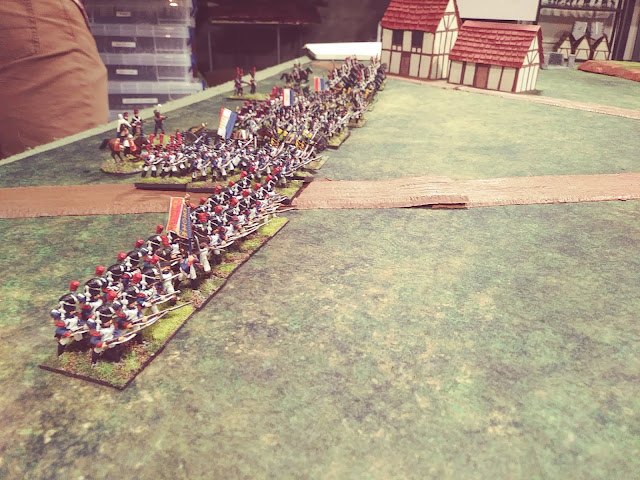 In the first game I played the British.  The rules were seemed okay at first, but infantry tended to hang back and slug away with musketry and never attempt to close. This was probably because we had all shooting actions as automatic successes, supposedly offset by units in column getting automatic movement activations. 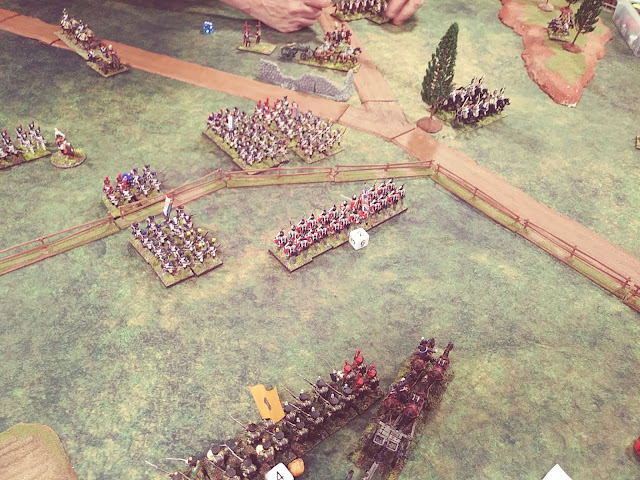 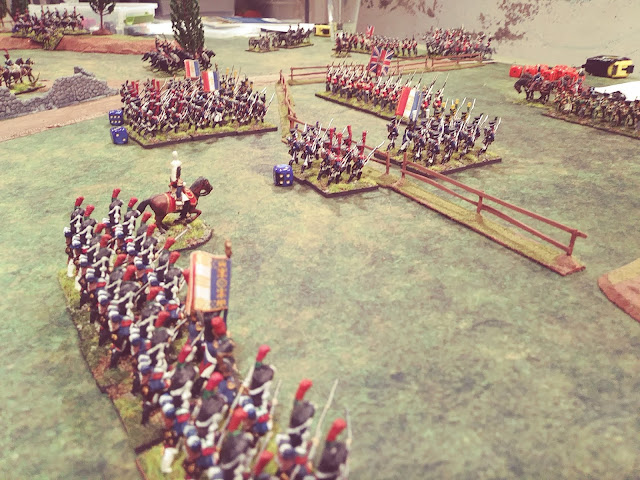 We also tried a "supporting unit" role wherein all units within 6" of unit taking a morale test received +1 per supporting unit.  This led to the somewhat silly endgame where the British had five units still on the table but all of them had taken around 50% or more casualties yet were still unwavering! 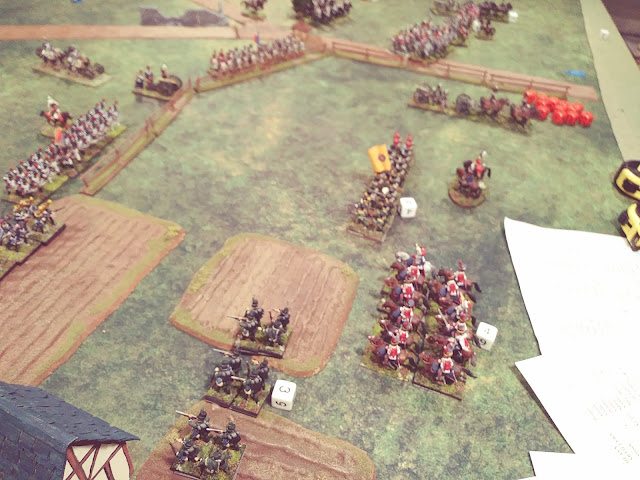 (Above: towards the end of the first game - the British are carrying a lot of casualties but are not wavering at all due to over-effectiveness of the Supports For Morale rule)


We reviewed the notes again and ditched the support rule and the automatic shooting rule.  Being in column however was still an automatic move. We also switched sides and added a few more units to the mix.  The opening rounds of the second battle clipped along nicely with some surprises and even a little tactical back and forth.  However, again, once the infantry lines closed to about 12", both lines came to a complete halt and a musketry duel ensued (which the French ultimately lost). 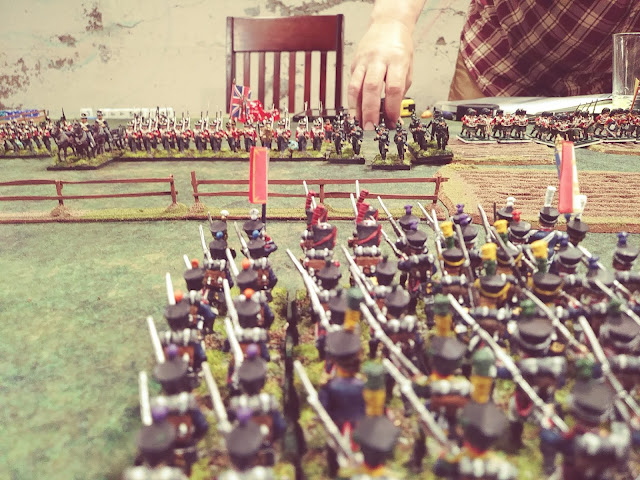 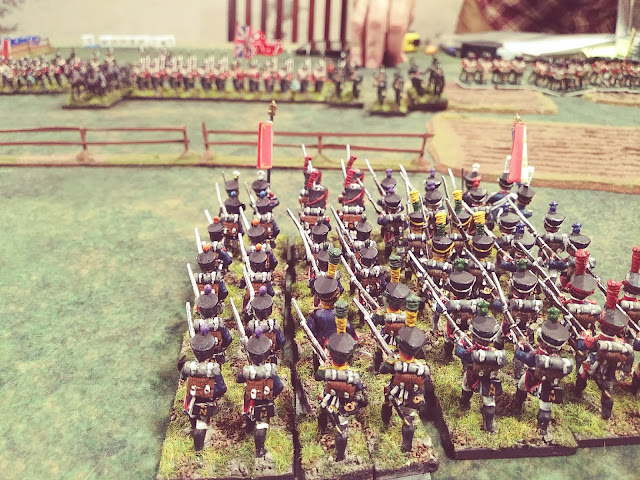 (Above: photos (with different focus points) of my French attack column. I had drafted what I thought were pretty nifty rules for French attack columns - basically two units could combine and move automatically, and their stamina was upped to 4 [from a base of 2] and movement upped to 9".  The idea was the column could relentless move forward and soak a lot of damage from closing fire. It... sort of worked.  In both games the attack column got close then ended up settling for musketry instead.)

In the post-game discussion the verdict was that to adapt the Lion Rampant system to the Napoleonic period, you had to add on so many rules that you might as well just play Black Powder!
Posted by Portland Little Wars at 8:15 AM